Battle of felines: the cat has eaten the tiger 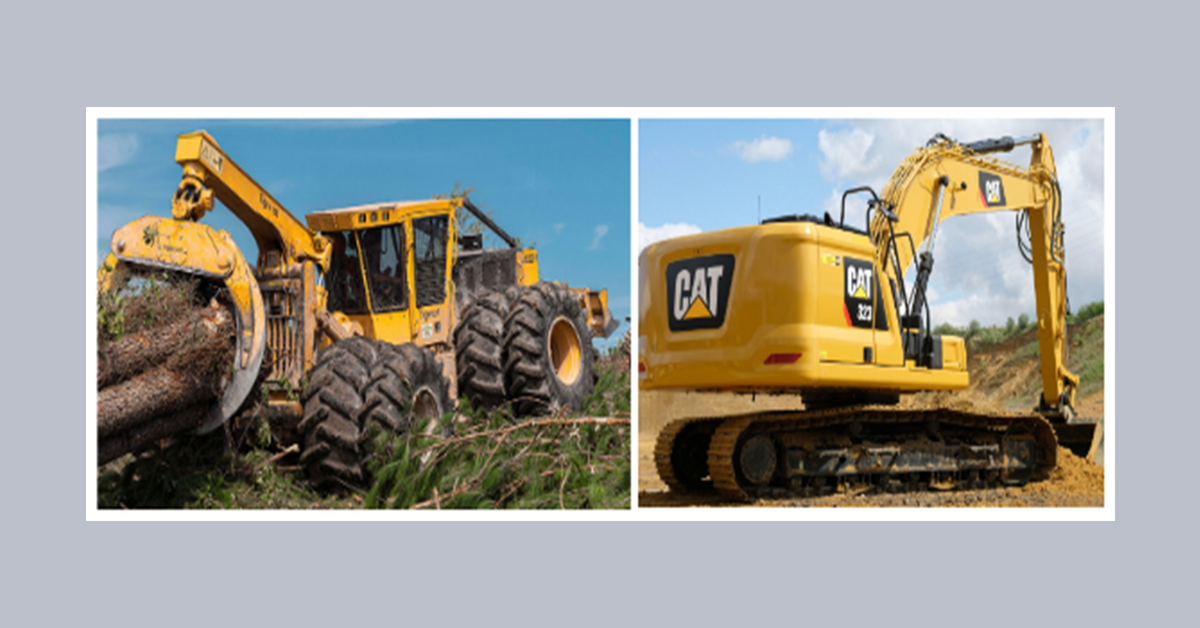 13 Oct Battle of felines: the cat has eaten the tiger

Posted at 14:35h in Articles, News by clarapirezcurell@gmail.com

On 13 July 2022, the long-running legal battle between two of the world’s largest manufacturers of machinery for the natural resources industry, among others, came to an end. We are talking about the famous dispute between Caterpillar Inc. and Tigercat International Inc.

Caterpillar Inc, known to the general public as

, needs no introduction, and any of us will have noticed those heavy, monstrous yellow excavators that occupy most of the building construction sites in our cities. Yes, that is some of the machinery marketed by our main party, which on 17 December 2013 filed an opposition against the European Union Trademark application “TIGERCAT” of Tigercat International Inc.

Tigercat International Inc. is a company founded in Canada that specialises in the manufacture of machinery for the forestry harvesting sector, and its equipment shares a fundamental feature with Caterpillar Inc., the colour that identifies them. Both companies use that characteristic yellow colour.

This fact will probably have made Caterpillar Inc., which predates it by almost 100 years, uncomfortable. However, the reason for the present conflict is the way in which both companies present themselves in the market, i.e. through the marks “CAT” and “TIGERCAT” respectively.

As we have already mentioned, in 2013, Tigercat International Inc. applied to register the word “TIGERCAT” as an EU trademark for goods in class 7, which can be categorised as “Specialised powered forestry equipment”. In December of that year, Caterpillar Inc. filed an opposition under Articles 8(1)(b) and 8(5) of the EUTMR on the basis of its earlier EUTM “CAT” (word) and

In 2019, the EUIPO Opposition Division upheld the opposition in its entirety and Tigercat International Inc. appealed the decision before the EUIPO Second Board of Appeal. In 2020, the Board of Appeal dismissed the appeal in its entirety and concluded that there was a likelihood of confusion under Article 8(1)(b). Subsequently, Tigercat International Inc. appealed to the General Court.

Although we were not surprised by the judgment of the General Court, we did find the analysis and final assessment relevant and interesting, which led to the result that we will reveal below.

The marks “CAT” and “TIGERCAT” are obviously similar as they share the sequence “CAT”, which corresponds to the entire word element of the earlier marks. Moreover, they designate identical goods in class 7, but is there a likelihood of confusion for the relevant public?

According to the General Court, there is a likelihood of association between the signs at issue, which confirms the decision of the Board of Appeal of EUIPO. The refusal of the “TIGERCAT” trademark applied for is therefore upheld. But how was this conclusion reached?

Obviously, the similarity of signs and the existing identity of goods leads, in many cases, to an almost automatic likelihood of confusion and/or association, but this is not always the case, since other factors have to be taken into account, especially in complex cases such as the present one, where the relevant public is technical and shows a high degree of attention.

In that regard, the General Court has pointed out that, although the target public for both signs is a specialised professionals and will pay a high degree of attention when purchasing the goods designated, the fact remains that it will not compare the marks in detail and will refer to its imperfect recollection of them, so that the fact that the degree of attention is high does not exclude the possibility that there may be a likelihood of confusion and/or association between the signs.

It is at this point and in the light of this factor that the General Court proceeds to compare the marks and to take its final decision. While it is undisputed that the marks are similar because they are, in part, visually and phonetically identical, it is true that in this case the conceptual aspect plays a fundamental role. Contrary to the contention of Tigercat International Inc. the General Court considers that the mark applied for “TIGERCAT” is divided into two distinct words easily understood by the English-speaking public, “TIGER” and “CAT”, which identify the two felines with which we are all familiar. In response to the arguments of Tigercat International Inc. the General Court even points out that, although if the element “CAT” in the earlier marks could be identified as an apocope of “Caterpillar”, that meaning would also be carried over to the mark “TIGERCAT”.  The fact that the earlier marks are composed of the word element “CAT” thus results in a partial identity also at the conceptual level, which implies that the signs at issue convey a very similar message to the consumer.

The consequence of the General Court’s finding that the mark applied for is divided into two words with distinctive character is also that, when analysing the mark applied for “TIGERCAT”, it concluded that, contrary to the applicant’s contention, neither of the two words is the dominant element of the sign and that “TIGER” and “CAT” are distinctive elements with the same weight within the sign as a whole, so that the public will pay the same attention to each of them.

This circumstance is of the utmost importance, since it displaces the case law which states that, in most cases, the initial element of a sign is the dominant one, since it is the one which first captures the public’s attention and, consequently, the one which mainly determines whether or not there is a likelihood of confusion and/or association.

As a result of the foregoing, the General Court has ruled that we are dealing with trademarks which are partially identical in their main and distinctive elements “CAT”, which designate identical goods. In addition, the Court confirms the well-known nature of the earlier “CAT” marks for goods in class 7, so that, although the public may show a high degree of attention when comparing the marks, it is resolved that it will associate the signs and mistakenly believe that the mark applied for “TIGERCAT” is a derivation of the earlier “CAT” marks or that the goods designated by the mark applied for correspond to one of the different lines of goods marketed by the proprietor of the earlier marks, with the unfair advantage that would be taken from them. In view of the above, the trademarks are found to be incompatible.

Finally, the General Court notes that, contrary to the contention of Tigercat International Inc. no sufficient evidence has been adduced to show that the marks at issue have coexisted peacefully on the market, so that the alleged trademark coexistence cannot be considered.

The most relevant aspect of this case and where we must focus our attention is the assessment of the conceptual aspect and the importance given to it by the General Court. As we have seen, the conceptual level is decisive when comparing trademarks and is capable of decisively influencing the study of the visual and aural aspects, as well as the identification of the distinctive and dominant elements of the signs.  The semantic level can become essential and decide the fate of a trademark.